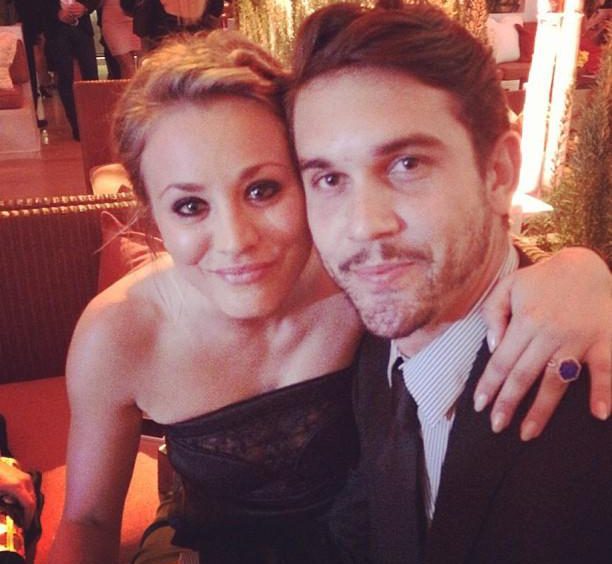 Celebrity Engagement Round up

It’s been a busy week with two big tennis stars taking the plunge and popping the question to their lovely ladies…. So exciting!

After just three months of dating, Kaley Cuoco is engaged to tennis star Ryan Sweeting. Her people confirmed to US Weekly that the two are betrothed, and the question was popped the other night! A source has said: “It’s only been three months but she knows Ryan is the one. When you know, you know.”

It’s been a great week for the couple, kicked off by their first big red appearance at the Emmys. Rumors began when The Wedding Ringer actress appeared on set with an engagement ring. At first it wasn’t clear if the ring was hers or a prop for the film. Kaley tweeted soon after: ‘Flying high, I could literally touch the sky with you….’

It seems the Big Bang Theory star is smitten and completely in love… Congratulations to them both!

More congratulations are in order for Novak Djokovic and Jelena Ristic who are also engaged! The tennis heartthrob and Australian Open champion, 26, posted a photo of himself and his lady on Instagram yesterday with the caption:

“We’re ENGAGED!!! Getting used to introducing Jelena as my fiancé and future wife. Couldn’t be happier.”

He followed this up with a Tweet thanking everyone for the “wonderful wishes”
The couple have known each other for eight years – before Novak was the world’s top tennis pro. Jelena, is a former model and currently runs her new fiance’s Novak Djokovic Foundation, which helps to help children in Serbia.