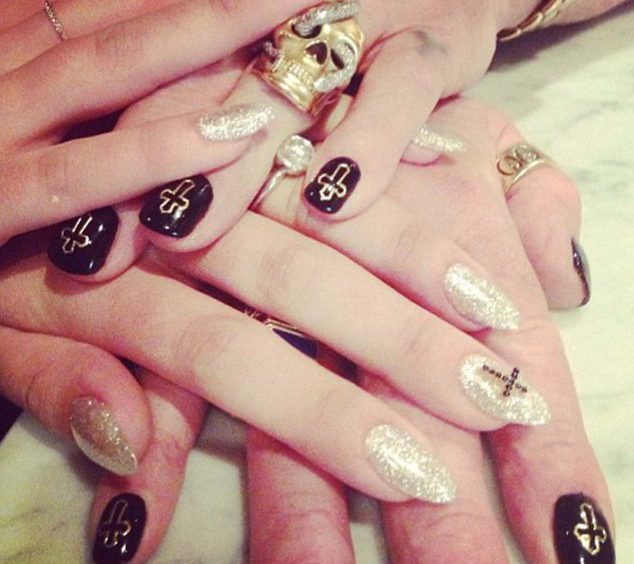 We love hearing about newly engaged couples here in the office. So we were pretty delighted this week with all of the celebrity announcements!

First up in the celebrity engagements week has been Charmed actress Rose McGowan who announced her engagement to artist Davey Detail, who she’s reportedly been dating for a year. Rose previously dated Marilyn Manson for three years and was engaged to director, Robert Rodriguez in 2007. Her emerald ring is just lovely, we couldn’t be happier!

Next up was Kelly Osbourne, who announced her engagement to boyfriend Matthew Mosshart. The Fashion Police host decided to get famous dad, Ozzy, to join her in a manicure for a photo. Kelly showed off her gorgeous ring on her Twitter and Instagram pages.

The 28 year old and the Black Sabbath star’s fingers entwined for an adorable and intimate family snapshot. The stunning engagement ring was inspired by one of Ozzy’s items of jewelery saying, ‘I designed it to look like an earring that my father wore. I used to hold my finger up to his ear when I was little and say, “I want a ring like that”. Now I have one!’

Finally, Friday blew us away with yet another engagement announcement! McFly’s Danny Jones popped the question to long-term girlfriend Georgia Horsley. The singer announced the engagement the night before on Twitter with: “The future mrs j yeahhhhhhhh!!!”
The beauty-queen model Georgia also posted the pic with the message: “Soooo this happened tonight!! I’M ENGAGED!!!!! So so happy!!!”

Congratulations everyone… we can’t wait to hear about dresses, venues, guests!