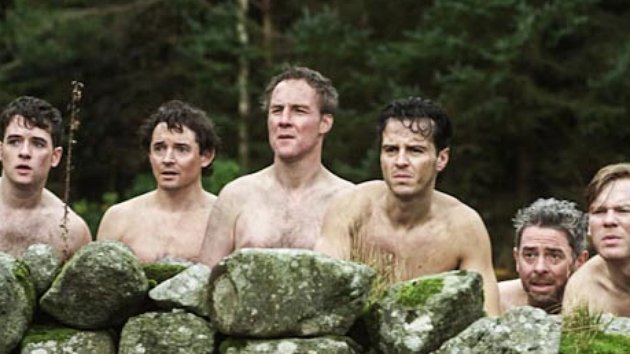 Finally, Ireland’s answer to the great wedding movie! For years we’ve watched great fun movies like Four Weddings, My Best Friend’s Wedding, Bridesmaids and of course The Hangover grace our screens and become instant classics. And ‘The Stag’ looks like it’s set to be just that!

The Stag, the new Irish comedy starring Hugh O’Connor, Andrew Scott, Peter McDonald, Brian Gleeson and Amy Huberman is set to be released sometime next Spring in the UK and Ireland.

Co-written by McDonald and John Butler, The Stag follows a group of lads set off on a camping adventure off the West of Ireland before the big day.

A lot like The Hangover, The Stag features a troublesome brother of the bride, dubbed ‘The Machine’, causing mayhem through the whole trip.

The Stag is a fun and light hearted change to Humberman’s 2010 role in Rewind and has gone back to her trademark honey blonde look for her new role.

We can’t wait to see how this movie looks next year, check out the trailer here!