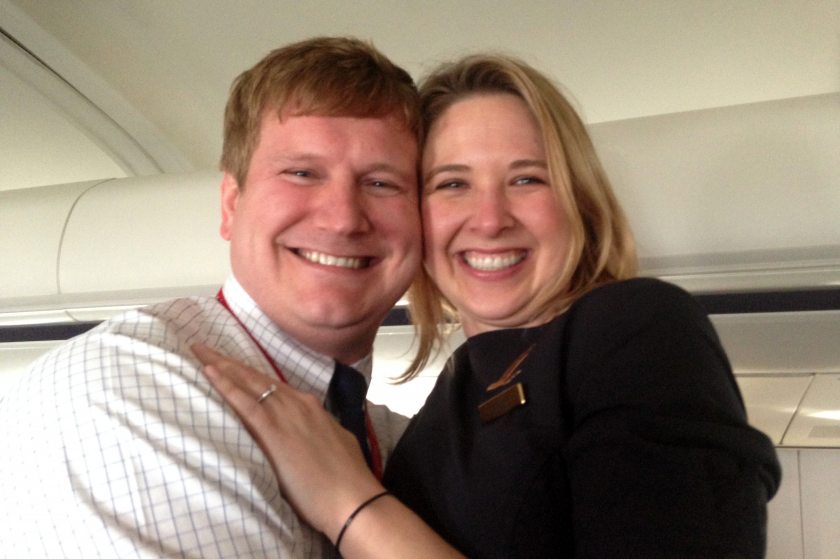 Eric Greener (30) is a pilot with Ravn Alaska. He proposed to Brandy Hollenbeck (34) on a morning flight from Seattle to Juneau, surprising Hollenbeck and delighting passengers and the rest of the crew.

Their story began with a chance meeting. In September 2012, Hollenbeck was working on a flight from Seattle to Anchorage when she started chatting with a woman sitting in first class.

“We really hit it off,” Hollenbeck said. “She was telling me she was coming up to see her son.” Her son was a pilot, the woman said. As the flight ended, the woman told Hollenbeck to look for him. Hollenbeck promised she would. She didn’t.

Two months later, Hollenbeck was Ted Stevens Anchorage International Airport, she grabbed a double cheeseburger as she waited for her shift to begin. She noticed a man looking at her. She thought, “What’s going on with this guy?” Hollenbeck said.

That man was Eric Greener. Greener said that in that moment, there were only two things on his mind. First, that the double cheeseburger she was eating looked delicious. Second, how great it was that she was noshing on a burger in her work attire, flouting the flight attendant image.

They struck up a conversation. Soon Hollenbeck realized: This was the guy she had been told about months before. She told Greener she had met his mother. His mother had told him about Hollenbeck too, describing her as “the perfect woman” for him.

Fast-forward two and a half years: The couple now live together in Anchorage. Greener had known since last summer that he wanted to propose. He saved money and bought an engagement ring. He wanted to pull of a mid-air proposal but wasn’t sure when he could.

Greener realized Tuesday that his opportunity had arrived. He took the red-eye to Seattle. A few hours later, operating on one hour of sleep, Greener was at the gate where Hollenbeck’s flight would be boarding. He told the gate agents his plan and implored them to let him onboard.

Harun listened as a pilot got on the intercom and announced he would tell a story. The pilot said he flies in rural Alaska. During a shift one day he spotted a beautiful woman eating a double cheeseburger.

Hollenbeck hadn’t seen Greener in 19 days. She was so surprised and excited to see him that “I forgot to say yes,” she said. A passenger had to remind her.

Greener popped out of the front of the airplane with a ring. She met him midway down the aisle, Harun said, and “the whole plane erupted into applause. Some people were crying.”

Susan O'Neill is a Public Relations graduate from Kerry. She loves reading, listening to old music and spends way too much time on Pinterest! 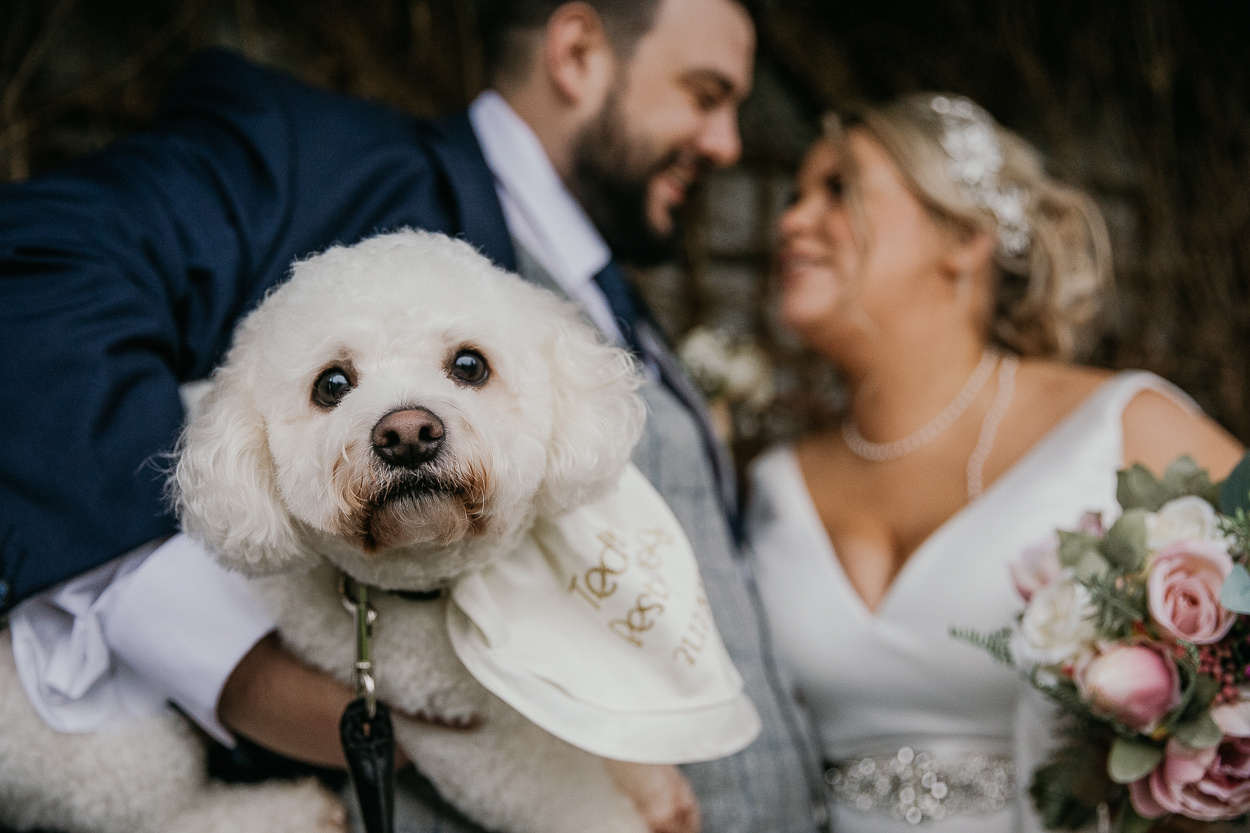