O Moore Street, Tullamore, Offaly
It’s always a privilege when couples ask us to look after them and their beloved friends and family as they come together to celebrate a very special day. We take such pride in being asked to do so, we do everything we can to ensure it lives up to your expectations and more. When it comes to weddings in Offaly, the Tullamore Court Hotel is a wedding venue that is known for their professionalism and highly-experienced wedding team. From the quality of the food that comes from our kitchen to the breadth of facilities available to you and your guests to enjoy throughout your stay. Say "I Do" at the Tullamore Court Hotel.

With its magnificent floor-to-ceiling windows, our large and effortlessly elegant D.E Williams wedding suite can cater for intimate affairs for 50 guests or grand banquets of 350 of your best friends and family.

As we’re a fully approved wedding venue for civil ceremonies and blessings, you can relax in the knowledge you’re doing it all, all under one roof.

While staying at the Tullamore Court Hotel, your guests can enjoy preferential rates across our 103 beautiful bedrooms, each tailored for different needs and wedding budgets. As for the special couple, our magnificent Honeymoon Suite is the perfect setting to end a special day.

While you are our guest, you can all enjoy access to our award-winning Fitness club that includes a 20-metre heated swimming pool with sauna, Jacuzzi, steamroom and dedicated kiddies pool and our fully-equipped professional gym.There are over 500 complimentary car park spaces available to your guests.

Our Wedding Team understand that every wedding couple has different needs and is on hand to discuss any special dietary requirements.

WEDDING BROCHURE
Everything you need to know. Our extensive wedding brochure contains all the information you need to know to help you consider our award-winning wedding venue for your special day. Please download below.

Average Rating: 5 out of 5 - based on 5 reviews
by Colette Gorman
The Court Hotel Staff, particularly Martin, Anne, Philip and Donna were extremely helpful in the upcoming weeks to the wedding, they couldn't have done any more for us, they went above and beyond in making our day turn out as perfect as it did. It exceeded our expectations. We had a Christmas …

wedding and our photos taking at the hotel were fab against there Christmas decor and open fireplaces. No matter what we asked they obliged and I can't thank them enough , my husband and I had an amazing day at this great location. Thanks again to the wedding team, the bar staff and waiters/waitresses whom our guests also commented on their warm and friendly attitude towards them.
by Paula Gath
Tullamore Court Hotel is a wonderful hotel and myself and my husband are delighted we chose it for our wedding venue on the 2nd of January 2014. We dealt with Martin Tempany and Donna, The attention to detail was extraordinary and nothing was every a problem. Excellent value for money. I recommend …

the Tullamore Court Hotel for your wedding reception. Paula and Ray Gath
by Mr & Mrs Egan
There are no words to describe how wonderful, professional and organised both Martin and the team were at the Tullamore Court.
My husband and I are both from the UK and decided we would like to get married in Tullamore as my husband has family from there. We choose the Court due the friendliness …

of the staff and the fact they were willing to provide us with anything that was within their means.
We had only met with Martin and the team 3 times, once to look at the venue, the 2nd to discuss menus and finer details and the 3rd 3 days before we got married. All correspondence was undertaken via email and telephone and to say the team got it perfect would be an understatement.

All family and friends who flew over from the UK stayed at the Court and we're all very impressed with the service and quality of the hotel.
The wedding day itself could not have gone any better, the Court wedding team were exceptional, available at all times. The food was incredible with everyone complementing on both quantity and quality.

I feel that we are not doing the wedding team any justice by what we've written but believe me we are 4 months on from the wedding and family and friends are still talking about.
We gave total trust to Martin and the team and they more than delivered, we would do it all again without a heart beat. Roll on our 10 year anniversary where we will back to let the guys host the whole thing again!
by Alo Keeley
Hi Sinead

Both Frances and myself hope all is well. There’s only one word to describe your service - EXCELLENT. From start to finish Martin and his team were incredible. From when we booked our wedding right up to the day of the wedding, the help and services you provided was second to …

none. I'm sure people say this all of the time but our wedding day was wonderful.
Tullamore Court Hotel is an amazing venue for a wedding. Not only was the setting fantastic, so too is the food and staff.
Everyone we have spoken too said they really enjoyed the day and you guys made that happen.
Nothing was too troublesome for the staff at the Court Hotel Tullamore who were in touch right up until the day before the wedding. Simply, we would highly recommend Tullamore Court Hotel to anyone thinking of holding their reception there. Overall everything was excellent. It is one day that both of us will never forget

Thanks a million for all of your help and thanks for everything on our wonderful day.
Frances & Alo Keeley

by Joanne & Keith
Oh wow where to start, having been at weddings previously in the Tullamore Court Hotel, there wasn't even a decision to make!! once the ring was on the finger, we were in with Philip to book the date! from there on out we had nothing to do venue wise, Martin and the rest of the staff took over, we …

decided what we wanted and just sat back and let them do their thing, we had a stressful few weeks in the run up to the wedding to the point it almost had to be postponed, the hotel were aware of the circumstances and I got a call from them, just a simple, they were checking in no pressure on us, to let them know what we decided whenever we decided.

On the day itself, it was everything we dreamed of, the second we got out of the car Martin was there to meet us, and when we stood inside the four walls of the hotel, we had not 1 thing to worry about, the staff were excellent, my husbands family and friends travelled a distance, and hadn't experienced the hotel before, for ages after they were raving to us about it, about the food and the service, one person even said he was still nearly to full for the breakfast the next day (not from beer)

I would always recommend the hotel to anyone I ever hear of getting married, God Id nearly get married again just to have the Court handle it! 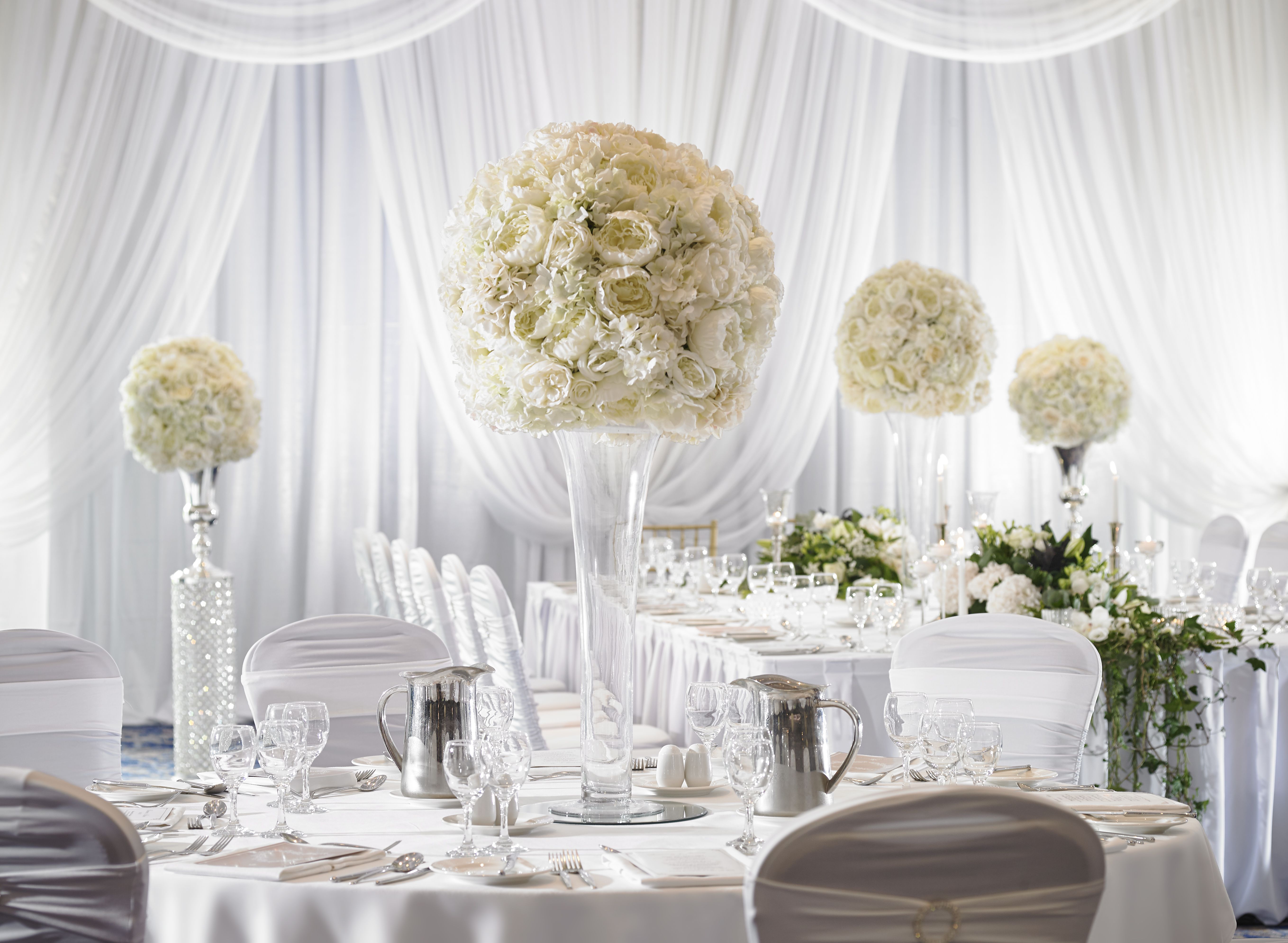 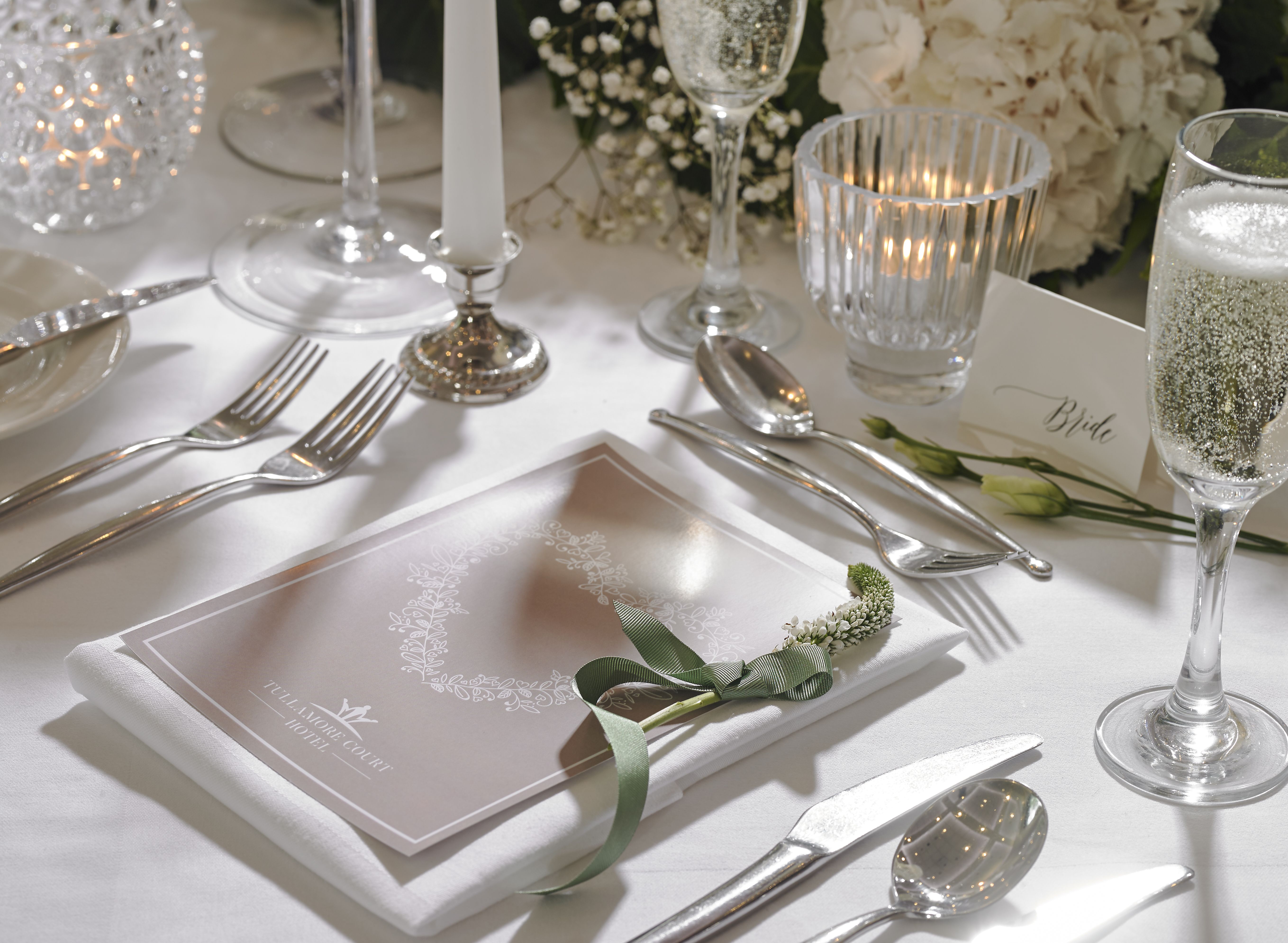 On average couples send enquiries to six venues
Great! you are going to make a supplier or venue a favourite. But first you need to ...
Log in Or Create an Account